That's Books and Entertainment: Wise Me Up To Cold Calling

That's Books and Entertainment: The Dreams of the Eternal City

Where does Santa come from? 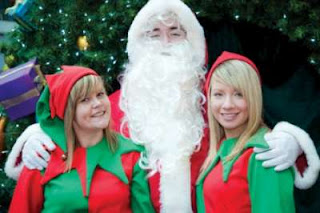 You might think Brits should know all they need to about Christmas by now, but new research shows there are still some big questions left unanswered.

Using Google's own data, analysts at a Manchester-based online security outfit have collated the most asked Christmas-related questions and their findings are a bit weird, to be honest!

Is tinsel recyclable? was one of the UK's most commonly Googled questions about the festive season. (EDITOR: Our local council says it isn't.)

From festive scrimpers trying see if their decorations are tax deductible to devoted Catholics checking to see if Christmas Eve Mass covers their obligations for the whole festive season, the most asked questions paint a quirky and wonderful picture of the UK’s take on Christmas.

Among the most commonly asked questions were queries relating to the history of Christmas traditions, the nutritional benefits of Christmas nosh and the origins and location of the man himself, Santa Claus.

One of the top Santa Claus related searches was ‘is Santa Claus Turkish?’ This question, it turns out, is entirely valid.

Saint Nicholas of Myra, who is believed to have inspired the ‘Father Christmas’ figure has origins in ancient Greece, parts of which are in modern day Turkey, so Santa Claus does have Turkish roots.

The researchers also noticed that a high number of queries were related to the environmental impact of Christmas.

A spokesperson for Online Spy Shop, who conducted the research said: “As a company, we take a keen interest in online search behaviour. The queries people make can highlight knowledge gaps, biases and upcoming consumer trends.

"But in other cases, you just spot something that’s interesting enough to investigate further for curiosity’s sake. This was the case here and we couldn’t resist finding out the answers to the most popular questions, which we published on our blog.”

And Boxing Day is a bank holiday in Britain and Ireland and several other countries. 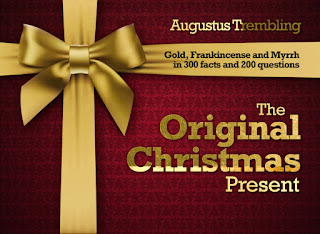 It covers Gold, Frankincense and Myrhh in 300 facts and 200 questions.

The book is extremely well researched and very well written and the illustrations are truly sumptuous.

It also contains a wonderful quiz that all of the family can enjoy this Chirstmas and every Christmas for the next 50 years, for surely this book is destined to become a modern family Christmas heirloom, alongside first edition copies of A Christmas Carol and the like?

And what's even better is that this hardback Christmas quiz book is the first in a series of trivia books!

It brings readers a staggering wealth of information about the original Christmas gifts, gold, frankincense and myrrh, tells us in spellbinding detail of their unique and mystical qualities, their uses both past and present and their historical overview.

It's a hardback book published by Matador at an amazingly modest £24.99.

If you buy one book this year as a Christmas present for a relative, spouse,  a friend or even for yourself, please make certain that you buy this book.

UPDATE: If you purchase direct from the publisher it's discounted to a stunning £16.24!
Here is the link:- https://www.troubador.co.uk/bookshop/
Posted by Martin S at 17:06 No comments:

That's Christmas and its Team of Testers would like to thank the PR folks & independent suppliers of food and drink products and Christmas gifts who assist us in testing products for That's Christmas by providing items, gratis.
Got a product that you'd like featured here, for free? Please contact us.